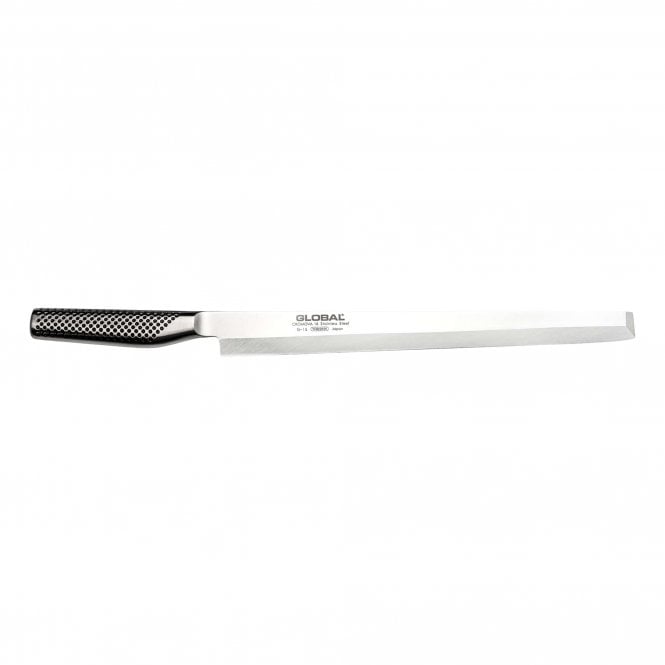 Product Code: G-15
Item in Stock Item out of Stock | Usually dispatched within 24 hours
Order within for next day delivery on Tuesday 7th April
Loading...

Like the Yanagi Sashimi knife the Tako sashimi knife is a specialist Japanese blade for slicing fish. It is discernible from the regular Yanagi Knife by the flat end to the blade. Specifically the Tako part stands for octopus in English. The knife is generally used in the Tokyo area of Japan as a octopus slicer, but the knife can be used to fillet and medium sized fish.

Like other traditional Japanese knife blades, this knife has a bevel on only one side of the blade, to help achieve even slices.