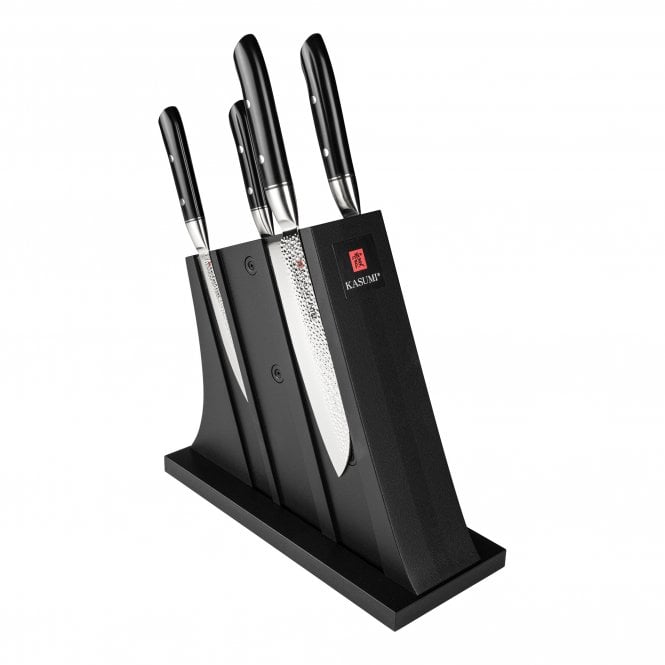 The paring knife is a light-weight short blade with a pointed tip that is better suited for more delicate responsibilities that the kitchen knife would be too big for. The durable edge can suit more heavy-duty root vegetables or more deft actions like peeling and trimming.

The essential knife in a Chef’s collection; also known as a Cook’s knife was initially designed and used to disjoint massive cuts of beef. The Chef’s knife, today, is the multi-functioning and versatile food preparation knife in the kitchen, the ultimate utility knife.

The Japanese version of the Chef’s knife, The Santoku Knife. Translating to “three ways” the Santoku is an all-rounded knife that performs, as its name denotes, 3 cutting functions - slicing, dicing and mincing.