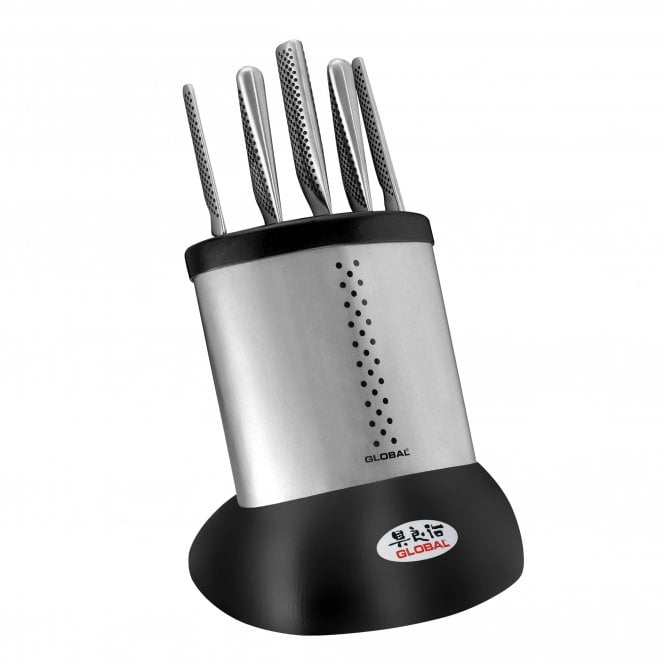 The G-55 is 18cm.Slightly smaller  in size and comes with the large G series handle, meaning that the blade is a little shorter. This gives you more control or might feel less overwhelming if you are a smaller person, all these knives will do the same task in the kitchen, the size is just a matter of preference.

What is a bagel knife? Well it took a long time to explain to our Japanese suppliers what a bagel was and why we eat so many of them. Apparently it is a very American/British thing. Really the Global range was missing a small bread knife.

The GSF-15 is the most popular petty knife in the Global range and is very often found in set combinations. Its little 8cm blade is good for all those small kitchen tasks, peeling, cutting fruit and small delicate kitchen work.